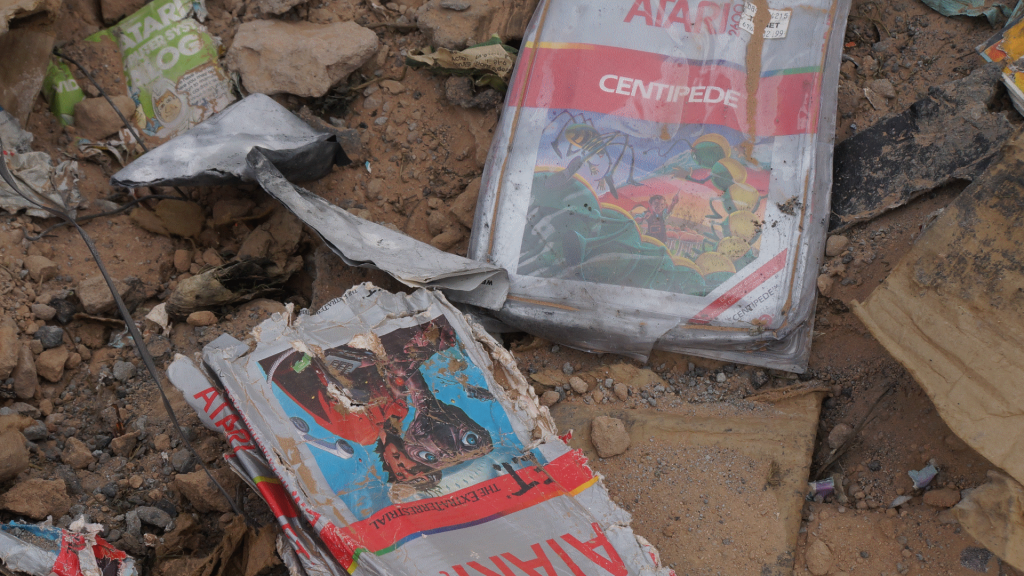 Back in the early 80’s, the video game industry was a massively growing business. The Atari 2600 was the biggest thing to hit store shelves, arcades were very popular back in the day, and so the idea of playing an “arcade-styled” game in your living room was a very innovative idea at the time.

But something happened in 1983. Many game companies and producers went out of business. Game sales plummeted. And people stopped playing altogether.

How did it happen? Can you imagine one day deciding not to buy a single game? I sure can’t.

To make a long story short, the industry had experienced a massive recession, known to many as the video game crash of 1983. It wasn’t until 1985, when an ambitious Japanese company decided to enter the industry, and brought it back from the crash. We all know this company as Nintendo, and is likely the main reason we still play games today. Kudos to you Nintendo!

So, without further ado, let’s delve into the reasons for why such an awesome industry crashed and burned when it first got started.

Atari is one of the first video game companies to hit the market, and one of the major instigators of the crash. The 2600 console was very popular and sold like hotcakes, so one would think that they would have been safe, right?

You see, there were a few things that happened that put a really bad taste in one’s mouth; more specifically, the mouths of more than a few disgruntled employees. It was mentioned once that Atari never gave their game designers the credit for their work, or any royalties. This led to many developers and programmers leaving to start their own game companies (fun fact: one of those old companies was Activision!)

For a long time, Atari held a monopoly when it came to the home console market. Their strategy was to sell the consoles for cheap, and hike the prices for their games. That’s nice if you are the only seller, but what happens when another company shows up with a nice looking console, and an even better looking game? An example can be seen in Space Invaders and Asteroids. These famous games were quickly picked up by Atari, and no one else could license the game on other consoles. Other companies started producing similar games for much cheaper, and so Atari’s profits started to take a hit.

The final nail in the coffin was the fact that Atari produced a number of overhyped games. There were two games in particular that were developed with very little time to be fine tuned, and were rushed in time for Christmas, and ultimately earned a reputation as two of the worst games ever made. Atari also overproduced many copies in the hopes that they would become console sellers. For example, Atari manufactured 10 million of their consoles, and manufactured 12 million Pac-Man games. They really bet the farm on this one, that’s for sure!

Sadly, these games were poorly made, and when word got out there, the sales figures just didn’t catch up to the cost to make all of those cartridges. And this is why there is a landfill in New Mexico filled with millions of dollars’ worth of worthless cartridges.

When 80’s kids weren’t putting quarters into a Pac-Man arcade cabinet, they were probably watching the latest blockbuster film, such as E.T. the Extra-Terrestrial. Wouldn’t it be great to play a video game in your house, based off of the amazing movie you just watched? What about that amazing Pac-Man arcade game? Wouldn’t it be great to play that in your home, without having to dump quarters in a cabinet?

Take one good look at the above images, and you have a completely disappointed customer. Pac-Man on the Atari 2600 looked absolutely nothing like it’s arcade version, not to mention that the game itself buggy and incomplete.

We had literally six weeks to produce a brand new game, manufacture it, package it, and market it. It was a disaster. I mean, the programmers hated it. Nobody liked the game.

~ Ray Kassar, CEO of Atari, on the production of E.T. the Extra-Terrestrial

E.T. the Extra-Terrestrial was rushed to the shelves just in time for Christmas. Atari expected a massive hit, but the game was boring and repetitive, two things that do NOT make a video game fun. Even to this day, people think it is the worst game of all time.

Now, if these were just your average 2600 games, they would have been quickly forgotten. What made these a major disaster was how much money was invested by Atari. Out of the 5 million E.T. game cartridges that were produced, only 1.5 million were sold.

It probably would not have been a crash if it was only Atari that bit the dust, right? You see, before the crash happened, many others wanted to cash in on the success that Atari was having in the home console market. What resulted was a flood of new companies coming out with their own home consoles.

These days, we have Sony, Microsoft, and Nintendo. Three is an easy number to manage….

What about ColecoVision, Emerson Arcadia 2001, Magnavox Odyssey, the Commodore 64, Intellivision … The list goes on and on… Hell, even Sears, the massive department store, had their own copycat version of the Atari 2600! It kind of makes you think about the auto industry today. So many cars to drive, but we can only drive one, right?

Which console do you buy, when they all have the same game?

Consumers had way too many choices, and no one had any idea on which one was the best. The video game industry was still in its infancy, which meant that there were no experts to turn to for advice.

And so the consumers waited to see which of these systems would turn out to be the best one…. by the time this decision was made, companies were starting to go out of business from lack of sales.

It wasn’t enough that there were piles of consoles to choose from. There were piles of games on the market as well, due to the simple fact that these games could be made without very much cost, and in a short amount of time. I guess they figured that because of this new market, all of these games would sell, so it made no sense to them to take some time to make a quality product?

Shovelware is a term used to describe software (read: video games) that has been made with quantity in mind, over quality. In other words, you shovel up some garbage, stick a price tag on it, rinse, and repeat.

Fun fact: back in those days, Purina, a pet food company, also made games based on their dog food? It’s called Chase the Chuck Wagon.

A warehouse full of unsold games

A lot of retailers were stuck with issues of their own; games weren’t selling, because of the above mentioned points. What do you do to get rid of things that aren’t selling?

You offer massive discounts and try to turn a profit!

The problem here is that many of the new games that get released get lost in the price tag offered by low-priced crappy games. Let’s be real, would you rather pay $60 for a brand new game, or buy the $20 discount game?

What’s Good and what’s Not?

Tying in to the last point, the other problem with games back then was trying to figure out which ones were the good games to buy.

Nowadays, if you want to know if a game was any good, you’d go online and read the reviews. People didn’t have that option back then; they didn’t have the power of the internet to search for info on a game. Since the industry was so new, there weren’t very many magazines, news articles, or TV spots to get the word out. The only way people could get any info about a game was to rely on the box art and the screenshots of the game.

Speaking of consoles, there was another thing that got its big start in the 80s; personal computers had just started to enter the market for consumers. Back in the 70’s, computers cost a ton of money at about $1000 bucks, but they started to go down in price by the time the 80’s rolled around. PCs back then had a number of games available for playing, and had far better graphics than that of consoles back then. In addition to gaming, computers also had access to handy tools such as word processors and office software. This made PCs a much better investment for their utility; games were just a bonus.

I guess the PC was the master race after all 😛

This may not seem like much of a true factor into the crash, but since this was a relatively new industry, a lot of the media back then had portrayed video games as nothing more than a fad that would soon burn out. And they had a lot of fuel to work with, considering the companies that were going out of business over the failed sales and poorly made games.

In the end, the sum of all of the points above resulted in the aforementioned Crash. The American console market was dead for about 2 years, and had begun to return on the success of Nintendo.

The success of the NES resulted in Nintendo pretty much having a huge control over the market; not that this was a bad thing, however. There were new measures being taken to ensure that a crash wouldn’t happen again.

This is why you see the “Nintendo Seal of Quality” on almost every product of theirs. They designed their games and cartridges in a way that no one could manufacture without Nintendo’s approval. An old form of copy protection that kept the crap games from being sold on the console.

Nintendo also had the perfect game to bundle with the NES for its 1985 American debut: a fat Italian plumber, best known for antagonizing a giant ape, ventures across a land overrun by turtles and walking mushrooms in order to save a princess from the grasp of a dragon-turtle villain.

And so we entered the next generation of gaming history.