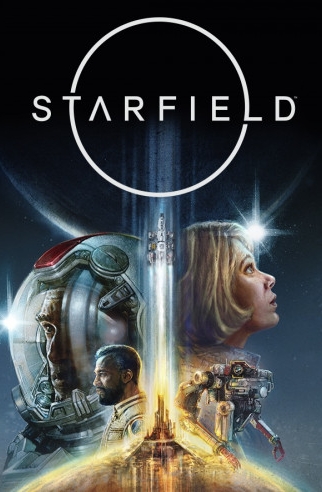 Disclaimer: The following paragraphs were written before I had watched any trailers or gameplay reveals of Starfield. A lot of my thoughts were inspired by what I heard from the comments and posts of other bloggers, so there is nothing but wild speculation and biased opinions to be found below.

Lately, I’ve been busy IRL, and as a result, my work on the site grows to a standstill. Between working a full time job, building a vegetable garden and more recently, caring for two new kittens, my website work has ended up on the backburner once again.

And so, you could imagine my surprise when I clock in to work, read my weekly newsfeed, and find out that Bethesda released a gameplay trailer for Starfield. Although to be frank, I ended up hearing about this “1000 Planets” complaint before I even have a chance to watch the trailer. It kinda makes me sad, honestly, because I like the idea of exploring loads of planets.

It’s like getting ready to see an epic sci-fi movie, except someone farted on the way into the theatre, leaving you with a stinking first impression before you manage to get your foot in the door.

Anyways, before I sit down to watch the trailer (or read about anything Starfield), I wanted to post my thoughts on Bethesda’s new upcoming game.

My overall impression of Starfield is that it’s going to be similar to No Man’s Sky. For those not in the know, this is a game in which you explore a massive universe, where all of the planets are procedurally generated. This was a major selling point for the game, and also one with no shortage of controversy at the time of its release back in 2016.

I have to admit that I have not had the chance to play No Man’s Sky. I’m afraid that game came out during a tough time in my life where I was working full time, late-night graveyard shifts. I barely had the energy to enjoy a lot of new games let alone life in general, and so, I missed out on the rocky launch of the game and all the controversy that surrounded it at the start.

That very well might be the reason why I am excited about Starfield. I’m a big fan of science fiction games, and I’ve wanted to scratch this itch for a very long time.

I’m curious to know why people are throwing shade at “1000 planets”? If some folks think that this feature will make for a very empty game, then I think they are also forgetting about the massive emptiness that sits between those 1000 planets… It’s called space for a reason.

I’ve had a lot of fun flying through EVE Online‘s massive galaxy back in the day, and in that game, there were thousands of star systems. Not planets. Star. Systems. Each with their own set of planets to find and discover. Granted, you couldn’t explore the surface of those planets, but still you could see them. When you weren’t getting shot at by other players, that is.

I think the idea of having hundreds if not thousands of explorable planets is a great thing considering the premise. This seems to be a game about exploring space. In an open world game, the explorable area itself is just as essential as the player character themself. An open world game set in space, simply has to have lots of space to explore, and many celestial bodies in between.

Personally, I’m curious to know exactly how one explores an entire planet. Are we talking Borderlands 3 styled planet exploration, where the planet is divided into regions? Or can you literally travel the entire circumference of a planet, a la Kerbal Space Program?

Procedural generation is not a bad thing!

A lot of people seem concerned that this was made using procedural generation, and is a bad practice in the game industry. As for me, I just have to take one look at Borderlands and Diablo to tell me that this is simply not true. If done right, random generation can help make a truly amazing game with loads of content and replay value.

Let’s not forget that Bethesda is the company behind Daggerfall, a game that arguably still boasts the largest game map even after 25+ years. I don’t recall hearing many people complain about the size of that game.

Personally, I think it would be amazing to see what kind of potential awaits the game when the modding community gets their hands on Starfield. Wouldn’t it be fun to explore a Starfield verson of Tatooine? Maybe someone will actually try modding our own Solar System into the game?

In Skyrim, there were dozens of mods that all tried to change the way the cities looked. It was a nightmare to use them all at once without extensive patches and mods. In Starfield’s case, I feel like it would be easy to just plop your modded town/city/settlement/outpost on a different planet altogether.

From what I’ve heard about the game, I personally have a lot of faith that this will be a fun game. I can already see my future Starfield protagonist; a space-travelling adventurer, hard-set on exploring everything the galaxy has to offer. Much like my original Skyrim protagonist, I will be a person who lives for exploring the unknown, and collecting lots of loot!

When I play role playing games, I quite like the idea of immersing myself into a role, and there is something about games made by Bethesda that brings out the explorer/collector in me. Am I going to be Mando? Han Solo? Picard? Kirk? It feels like there are a lot of possibilities…

Well, looks like my rant is over. I feel like at the end of the day, I should just sit down and watch the gameplay trailer to see for myself what the game is about, and to see if any of my random guesses may be true.