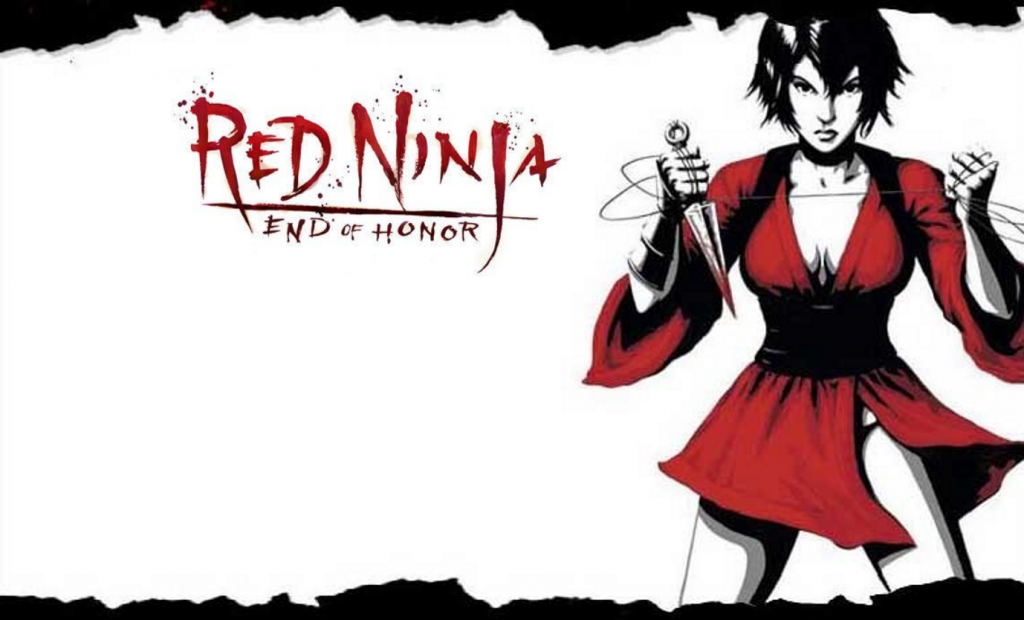 It’s been a long time since I’ve played my old Xbox. The more I think about it, the more I realize how many games are on that system. It also makes me remember not just the good games, but also the bad games that were out there as well.

Red Ninja: End of Honor is one of those games that made me feel a little bit disappointed at the end of it all. It may well be the very first game where I would be writing a bad review.

I want to do something different for once, and talk about one of the games that I did not like. As much as I like video games and all the fun that comes with that, we do need to remember that not all games are fun. If a game has failed to provide any entertainment, then the game has failed overall. But that’s just my opinion.

Anyways, onwards to my review!

(Note: Spoilers ahead, but considering the game has been out for years, it may not matter at this point)

I first learned about the game from a friend, more than 10 years ago. They had it for the PS2, but I was happy to know that it was also found on the Xbox. And so I went to my local Rogers Video (back when rental video stores still existed!), and found a rental copy to play…

This game had a lot of potential, but unfortunately was not very well implemented. It had a lot of promise. Anyone who is familiar with the Tenchu series would see a similar premise: stealth action ninja game.

The first thing that set this game apart from the other ninja games was the protagonist. You played as Kurenai, a scantily-clad ninja wielding a razor sharp wire which she uses to cut down her foes. She also uses her, um… assets… to distract her enemies into fatal traps.

I will admit, there were a few fun moments in this game, which is partly the reason why I had to continue to play it until I had eventually beaten it. The tetsugen is a really awesome weapon and tool. This is the item which made me had good feeling about the game.

The ways you could brutally attack your enemies with this wire…. If you’re really good with the weapon, you could dismember your opponents or decapitate them. You can even run them through and watch their torso fly off their legs. It may have been a bit over the top, but it was fun.

I wish I could say the same for the rest of the game, but sadly, there were things that made this game a hard pill to swallow.

The worst aspect of the game was likely the broken camera, for starters. whenever I move a camera around in the game I usually move the thumbstick in the direction that I want the camera to move. In this case, the camera was inverted horizontally, meaning that I had to get used to moving the camera in a completely different direction than I was used to. The game did not allow for you to make this change in your controls.

If the inverted camera was not enough, it was the way it had moved as well. Every time you move kurenai around, the camera follows her in a very jerky sort of movement. It’s as if you were running while holding a kite in your hand. This made navigating the game’s platforming-based locations very difficult.

The characters in the story didn’t seem all that interesting. The voice work for the English actors almost sounded as if they’d really didn’t want to be there. I never played in another language, so for all I know, the Japanese voice actors had likely done a great job. If memory serves me correctly, the Japanese voice actress for Kurenai was a well known model in her home country, but I could be wrong.

One thing that made the game a little bit frustrating at times was the stealth mechanics. For a stealth game, that’s bad. The guards you have to sneak by had poorly implemented AI, where they would stay in predefined routes, and not stray far. It seemed as though they were placed in a way that had you move through a predefined route, while avoiding their sight. If you got spotted, you could escape to a roof using your ninja skills, which was great… until the guards literally forget about your presence within half a minute. It almost reminds me of Skyrim’s infamous stealth mechanic which players would gleefully exploit.

The biggest thing that disappointed me the most about this game was not so much the bad camera movements or the poorly implemented stealth mechanics… It was the fact that this game had so much promise. We have an interesting revenge story which may sound cliché, but I liked the way it was heading. A young girl’s family was murdered, and she was hung from a wire, left for dead. She was saved, and then uses the very wire from which she was hung to go on a revenge binge. It almost reminds me of Afro Samurai, a similar story in which a warrior goes on a roaring rampage of revenge. (It even got its own game adaptation, which also did not go well)

The ending of the game was a bit of a letdown, unfortunately. Most of Kurenai’s friends and allies are dead, and those who did survive have become enemies. The game ended on what almost felt like a downer.

In retrospect, this game had a lot going on, and perhaps it’s before this reason that they couldn’t refine the important parts of the game. I think if the developers had more time to refine and fix the glaring issues, then it may have been a worthy rival for the Tenchu series.

While this game is no Big Rigs or ET: the Extra Terrestrial, it’s still not really a game that I would recommend playing unless you’re really into those kinds of games that are mechanically difficult.

You can find the game on Amazon, but I would not recommend it unless you really feel the need to play every single ninja game out there.

It may seem pointless to write a review about a game that came out years ago, but it’s nice to get stuff off the chest sometimes.

Anyways, I hope you have enjoyed the rant, if that can be called one. If you would like me to talk more about things like this, feel free to drop a comment down below. Did you play this game? If so, I’d love to hear your thoughts!