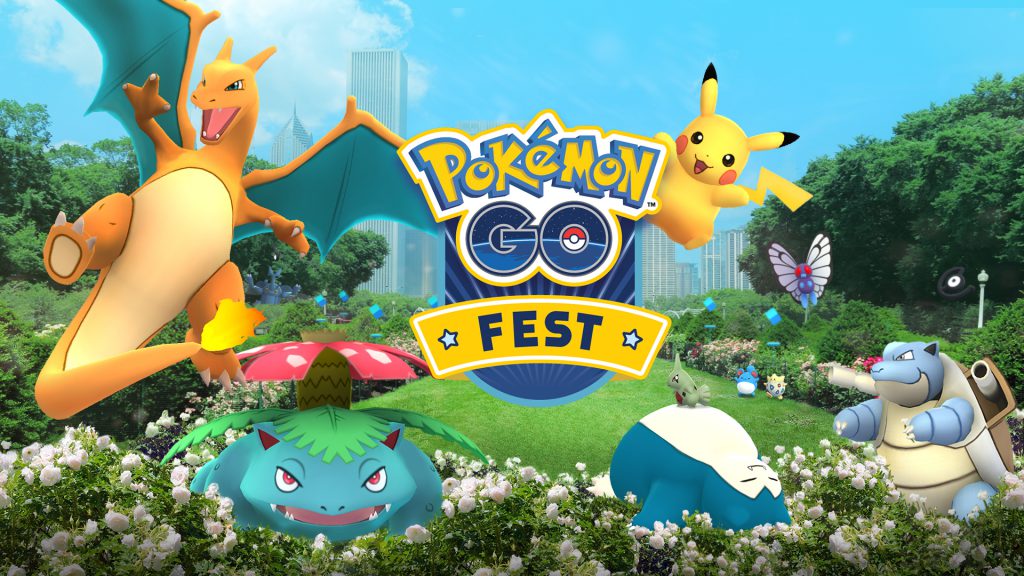 Niantic has confirmed some new events that will be happening in the coming weeks, and I’m so looking forward to the chance to grab some more Pokemon! One of the Pokemon GO events for June include a fire and ice event, where players will see more spawns of the aforementioned types of Pokemon. More Charmanders!

Along with the event (also called the Solstice Event), Niantic has plans on hosting some real-world events, much like they did with Ingress. Another thing is the planning  of some new features that will be added in a later update (Trading? Battling? Who knows…?)

An Event of Ice and Fire

Starting on June 13, players can expect to see more Ice and Fire type Pokemon spawn compared to the usual. Since we’ve already had a grass and water themed event, it’s only fair to have an event where we can grab more fire types. The ice types are another good addition, since there are so few ice types. If we are lucky, we may be able to grab some rare ones like Lapras and Jynx.

Here’s a quick list of what one can expect to find in greater numbers:

Looking at the list, you’re probably wondering why I’ve included Seel and Shellder into the list. “They’re not ice-types!” I hear you shout.

True… But during the previous Rock type event, I was seeing a pile of Slugma spawning, despite them only being a Fire type. I imagine the reason for this was because of Magcargo, which is both fire and rock type.

That being said, I am guessing that this upcoming event will have the pre-evolved forms of some of those Pokemon. If so, good thing too; I’ve only ever seen two Seels since I started playing!

Another nice addition to the event will be XP bonuses for good throws while catching Pokemon, and a discount on Lucky Eggs sold in their store.

There’s no stated date for when the event ends. If I had to guess, it could be at least a week.

“We’re also excited to announce our first ever real-world Pokémon GO event coming your way: Pokémon GO Fest Chicago! This event will take place in downtown Chicago, Illinois, USA at the beautiful Grant Park on July 22, 2017. Join us as we celebrate the Pokémon GO community with a ton of exciting festivities.”

For now, I’ve honestly no idea what is planned at the moment. There are tickets which will be made available on their website on June 19. They plan on releasing more information on that date, so it wouldn’t hurt to follow the site to see if there’s anything that looks good enough to grab a ticket.

I wish I could say that I will be going; I’m in another country, and that’s a bit pricey for me to head over to the States for a few days. This event is no doubt for the most hardcore of fans: the ones who’ve caught em all and have the Pokemon Go Plus to boot!

(There’s some gut feeling that makes me think that Legendary Pokemon could be released during this real world event … and it makes me a bit concerned that only ticket holders will get the chance to obtain them, if this is true.)

On a side note, it sounds like The Pokémon Company is planning on organizing an event in Japan called the “Pikachu Outbreak” … can you guess what you might be able to catch?

You can look forward to a new update focused on collaborative group gameplay features that will get you playing Pokémon GO in fun new ways.

These new ways could be anything, but seeing as they plan on closing down the in-game gyms for a while, I wouldn’t be surprised if the gameplay updates involve the gyms.

Some say that it could be an update to detract cheaters, hackers, and spoofers from battling, while others are saying that it could be raids that they have planned. Hopefully we’ll get more news soon.

Since we have yet to see any Legendary Pokemon show up, these updates could possible be for laying down the framework for something bigger. How they could potentially be adding them is a mystery… just like the legendaries.

Well, that’s about all I have for now. Once I get some more details, I’ll be sure to share them with you!