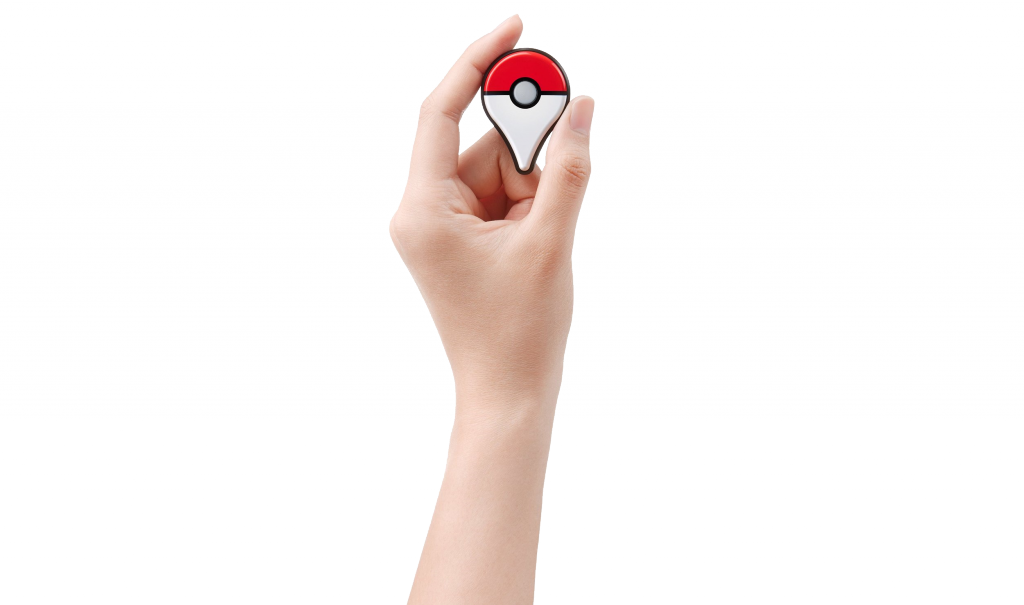 For 35 bucks, it’s a pretty expensive accessory for one game (a free one too!) Perhaps that is one way to justify buying the Plus device, especially if you have yet to actually buy Poke Coins with real money!

Having just bought the device myself, I’ve decided to give it a spin, and see how well the device works. Over the next few days, I’ll be updating this post with my experience.

Out of the Box

The device comes in a cool flashy looking box. The Plus comes with a small wristrap similar to that of a Wii Remote strap. This strap is not actually attached to the Plus at first, and you’ll need a small Philips screwdriver to replace the plastic backplate. This plate also provides access to the lithium coin battery.

Pairing the device is very straighforward: once you remove the plastic tab that activates the battery, you go to your ‘Settings’ in the app, and tap Pokemon GO Plus. Once there, there is a tab that lists Available Devices. Simply pressing the button on the Plus makes the device visible on your phone. Tapping on the device will start the pairing process, as indicated by a white ring circling around… You’ll know it connected properly when the Plus buzzes, and the Pokemon Go icon displays in your notifications header.

The Pokemon Go Plus is nothing more than a fancy Bluetooth button, but it looks and feels great, just like any Nintendo product! The button itself has a multicolored LED light which blinks with different colors depending on the situation:

Other than the blinking light, the Plus also vibrates with distinctive pulses to go along with the blinks, so that you can tell what’s up without constantly looking at the Plus. It’s a good strong vibe too.

Whenever you are near a Stop, the button will blink/vibrate twice. Pressing the button will cause the button to flash multi-colors after a few seconds, and vibrate for each item you obtain from the Stop. In addition, your phone will receive a notification telling you how many items you get. If you play very often, you can expect to come back to loads of new items if you don’t check your phone in between stops.

Some time after work, I drove downtown for about a 30 minute drive, doing nothing but hitting the PokeStops in my neighborhood. By the time I got home, I had at least 60 items in my pocket and a Tauros.

This feature is awesome when coupled with driving, as misleading as that sounds. It is unfortunate that more and more driving accidents are now caused by people playing Pokemon Go, yet this accessory helps take away from the distraction of your phone while on the road.

One thing I should note with regards to driving; the LED light is very bright at night, so you may want to twist the Plus around so that it is aligned with your palm; that way, you don’t have a bright light blinding you. Depending on where you live, certain driving laws state that no interior lights should be on while driving, so using the Plus may incur some unwanted attention from authorities.

Catching is very straightforward. The button will flash green or yellow when near a Pokemon. The vibration is very prolonged, and buzzes at least 3-4 times, so that you know that something’s around! Pressing the button will use up one Poke Ball, and the LED will flash white about 3 times, just like the animation in-game. After the third blink, if successful, the LED will blink a rainbow pattern to tell you that you successfully caught something. You won’t know what you’ve caught until you open up the app, however. At any time, if the LED blinks red 3 times, it means you’ve failed to catch the Pokemon.

This feature is great… When it works.

Perhaps my biggest frustration with Pokemon Go is when the Pokemon breaks free of the ball, and then runs away. Especially if it is just a lowly Pidgey. When you press the button, you only get one shot to catch a Pokemon. You’ll either catch it on the first throw, or it will flee.

As many of you know, sometimes you need an extra Great Ball or a Razz Berry to improve your chances of nabbing that elusive Pikachu. When you play with the Plus, you are using the weakest Poke Ball, and nothing else. That said, when you’re Level 20+ and encountering  some 700-1000CP ‘mons, it can get really aggravating to constantly lose so many balls.

One thing I thought was interesting to note was that the yellow blinking light was not originally advertised as a feature for the device. When the Plus’s features were first announced, I was under the impression that we’d be able to only catch Pokemon we’ve already caught.

This feature is great, because it gives you a chance to open your app to try and actively catch it. I tested this out while walking on my university campus, and came across an Arcanine! Now, I’ve been looking for it for weeks, so I had to jump in game and give it a Razz Berry and a few Ultra Balls. Eventually, I nabbed the big guy!

Another thing that completely caught me off guard was the fact that the device in fact tracks the distance for Eggs and Buddies. Again, something else that wasn’t announced. It seems that the Plus device is looking more and more like a Fitbit! If the Plus only had a built-in pedometer, it’d make life so much easier without having to rely on your GPS or your data.

So far, I’m really enjoying the accessory. I’ve had a lot of fun using it so far, and it really is a boon for when you just want to walk around without being too obsessed with the game. It is by no means a replacement for the game, however.

If I were to sum up the Pokemon Go Plus in one word, it’d be this: convenience.

This accessory truly does a great job at what it advertised, and then some. All those times when you drive by a Stop, but can’t use the app? No problem when you have this device. All those times you wasted a ball missing a stupid Zubat? At least you’ll have the peace of mind of knowing that you only used one… Though you might already have enough to not bother!

The Pokemon Go Plus is available on Amazon.com. All that said, is the Pokemon Go Plus worth the price tag? If you like the convenience it offers, I’d totally say to go for it! But I would only recommend this to those who truly enjoy the game despite any of its shortcomings, and who plan on playing it in the long run.

In the meantime, I wish you all the best moving forward, and happy catching!

2 Replies to “Is The Pokemon Go Plus Worth It?”