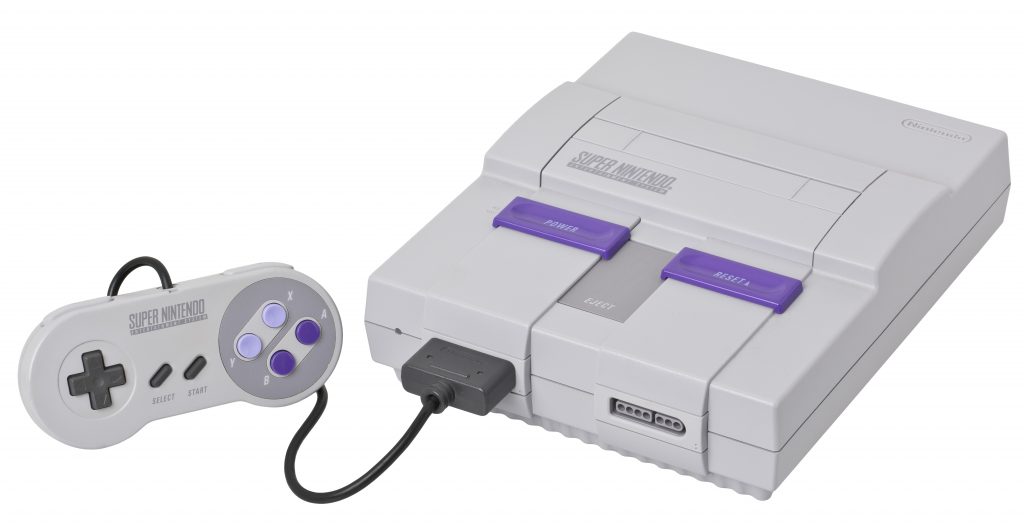 A new SNES console would probably be one of the best things ever, in my honest opinion. As a kid, I had a blast with the old games, and still do, on occasion.

Take the following post with an open mind; below are only my thoughts and ideas, and by no means fact.

I wouldn’t be surprised if this console had the same plug and play features that the NES did: an HDMI connection, prepackaged games, wired controllers. You really can’t mess up the blueprint that was the NES Classic Edition.

The NES Classic controllers were notorious for having a very short cable. If Nintendo does plan on making a new SNES, I hope that they make the cable much longer. It’s not much fun sitting so close to the TV, especially the big HDTVs we have these days.

One feature of the NES Classic that really stood out for me were the Suspend Points. If anyone is familiar with emulators, these were also known as Save States, where users can “save” their progress at any point during gameplay. A really great anti-frustration feature, since most NES games had no internal memory to save a game’s progress.

Nintendo must have taken the features of these emulators into account while designing the NES Classic edition. SNES games do have the ability to save, however, so the feature may or may not be added. But still, it is a great thing to add.

Why did they get rid of the NES Classic Edition?

I wrote a post about this earlier, but I wish I had the real answer. The sad truth is that Nintendo has discontinued production of the NES Classic console all over the world.

“NES Classic Edition wasn’t intended to be an ongoing, long-term product. However, due to high demand, we did add extra shipments to our original plans.” ~Nintendo

It’s a shame, really. People were so excited when it was first released last year. It was sold out almost immediately. People wanted their hands on the console so badly, they went as far as paying for crazy amounts of money on Ebay.

If I had to guess, the reason they stopped production could be because they’ve been so busy with the Nintendo Switch that there’s only so much manpower to delegate. Understandable, as this is Nintendo’s newest product which is intended to be used for the next 5 or 10 years. Sinking millions of dollars into a console designed to cater to one’s nostalgia is only going to go so far.

What Games will be Included?

As it is only a rumor, the list I have below is nothing more than a wishlist, but seriously, you can probably pack a lot of 16-bit games inside a console. Polygon did say that the NES Classic edition was more powerful than most emulators, so there’s no telling how many games could be included.

If it has any of the following, I’ll be happy!

When Will the SNES Mini be Released?

If we are to go by the example of the NES Classic Edition, I imagine that it will be some time around Christmas of this year.

Until we get confirmation from Nintendo, the least we can do is hope for the best. If they do intend to produce a new SNES, I do hope that they learn from their experience with the NES Classic and produce enough units to satisfy more of their fans. The old NES from 1985 may have sold more units, but there are a TON of 90’s kids who grew up with the SNES. As long as the demand is there, there’s no way that Nintendo will lose out on a profit.