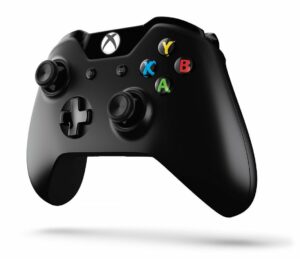 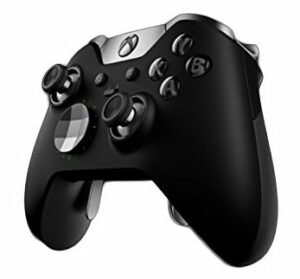 Take a good long look at the two controllers pictured above. If you asked me which was the absolute best controller for Xbox One, I’d totally say the Elite Controller. However, ask me the same question, but have the price tags slapped on both of them. I’ll most likely give you a different answer. For all of the awesome features that the fancy Elite controller has, the real question is: “Is the Xbox One Elite Controller worth it?”

At this point in the buying stage, you are probably trying to decide between the Elite Controller, and the original one. You can compare this to sitting in a car dealership, deciding between two cars; one has all the things you need, while the other has what you need, but has a lot more features (not to mention a hefty price tag). Finally, the shrewd salesman shows up to help you decide. Nine times out of ten, he’s gonna try to get you to buy the more expensive car. This same situation is pretty much the dilemma one would face when deciding between Microsoft’s official controllers, except that the salesman is me! I’ll try not to be too shrewd 😛

The Elite Controller’s MSRP is about $150, whereas the original sells for about $60. Take a good long look at those prices, and think about it for a moment; over $90 more expensive than the official controllers! Where do you begin to justify that price spike? The first thing you need to do is ask yourself if a controller is even worth $150; The average gamer will not need this gamepad for the same reason that we don’t need a toilet made of gold! You may as well use that extra $90 and buy another controller for your roommate!

All joking aside, this controller is definitely a huge step up from the original Xbox One controller in all aspects. If price wasn’t a factor here, there simply would be no contest between the two. The controller has several sets of removable thumbsticks and D-Pads, allowing for a great deal of customization. Microsoft has definitely designed this controller for the hardcore, competitive gamers.

A new addition to the controller is a set of 4 interchangeable “paddles”. These act as new configurable buttons on your controller, which allow your fingers to get in on the gameplay action. Newcomers may feel clumsy using them, but they allow for a new degree of control. For example, you could bind a paddle to do the same action that is binded to your thumbstick button, allowing you to use the two actions independent of each other.

Speaking of thumbsticks… you can remove them! The controller comes with 3 pairs of thumbsticks, each with varying lengths. Think of them like adjustable steering wheels and brakes; you can swap them out whenever you like, to your comfort. For those math wizards out there, this means that you can have 15 possible combinations of thumbstick choices. There are many ways to accommodate!

Hair Trigger Locks are another feature on this controller, and is excellent for shooter games. By flicking a switch underneath the controller, your triggers become super-sensitive, allowing you to fire shots without pulling the trigger all the way back. In games where having a fast trigger finger can mean the difference between a close call or a gruesome defeat.

As an added bonus, Microsoft has developed a unique app for Xbox and Windows 10 that allows you to customize your controller’s button settings across all of your games.

By now, you’re probably thinking, “this guy has just went on about all of the features, but said nothing about what makes it bad. What a shrewd salesman!” The only bad thing the Elite Controller has going for it is the price. That’s it. The ultimate decision boils down to whether or not you feel the extra features will make it worth your while. If money is not an issue for you, I’d totally go for the Elite!

The Elite Controller is available on Amazon for around $150, depending on deals and availability. In spite of its hefty price, it offers a great deal of features and options. Casual players may not find this controller to be worth its price, but if you are a die hard competitive gamer who wants to improve their gaming edge, this controller is definitely worth a go.