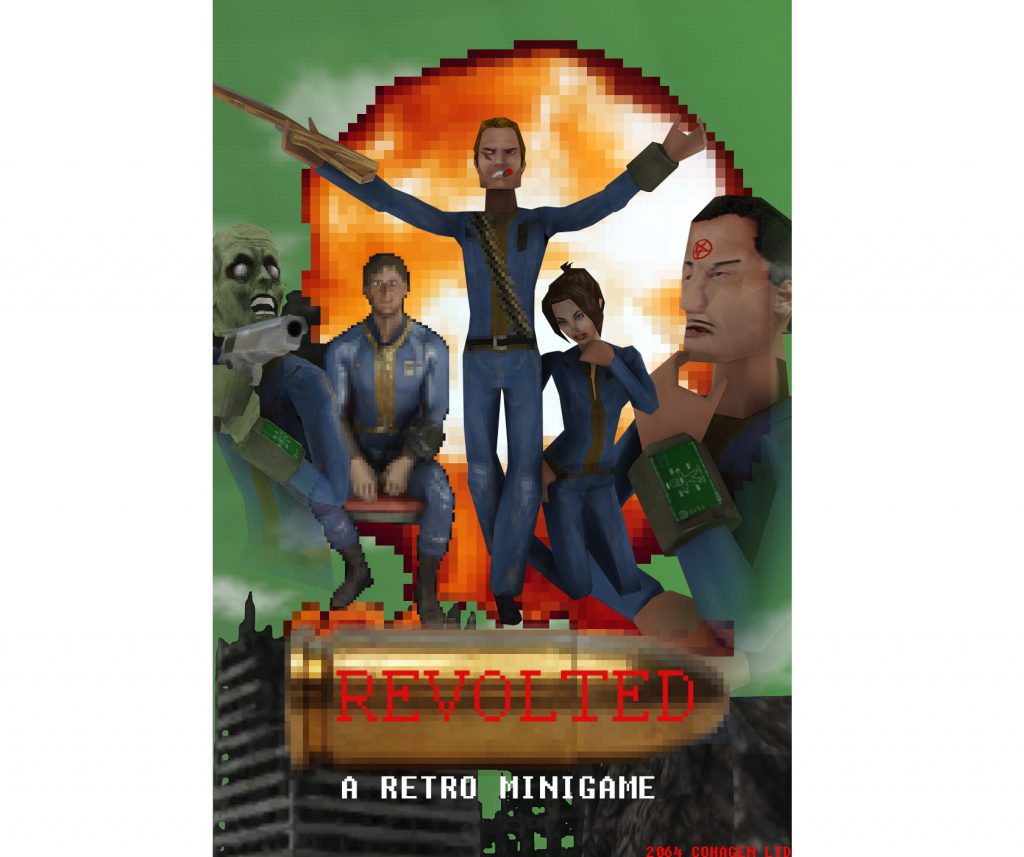 I was out scavenging Concord for some junk for my settlements. I went into the old speakeasy building to look for some tin cans when I heard a strange sound, coming from upstairs. I go up there, and I find quite a surprise.

I find a computer terminal sitting on a desk, Nuka-Cola bottles littered all over the place. A skeleton was slouched over in the desk chair. It appeared as though he died while using the computer, and after what I saw on the screen, I don’t blame him.

On the computer was the demo screen for a 90’s style videogame. The poor guy must have been up all hours of the day playing this. I moved the body aside, sat down in the chair, and started to play…

Revolted is a mod which adds a short 90’s style minigame to Fallout 4. The game takes a lot of inspiration from the old run and gun shooters, and is pretty much a love letter to those who grew up with games such as Doom, Duke Nukem, and Wolfenstein.

In this minigame, you play as the Overseer of Vault 102, a cigar-chomping badass who wants to save the Vault from the clutches of the evil Professor.

The mod author has even linked to a short trailer, as seen below:

Where to find the minigame

Go to the Concord Speakeasy. It’s upstairs, in one of the rooms. It shouldn’t be too hard to miss, as you’ll hear the computer game running. Simpy activate the terminal as you normally would.

In a nutshell, the game is a model and texture swap of Fallout 4 assets to make the game look like that of a classic 90’s shooter game. That said, the gameplay is just like Fallout 4. You will have to navigate corridors and deadly radiation pits, while blasting away ghouls and mutants.

In the beginning, all of your gear is taken away, so that you can use the low-poly shotgun the game throws your way. In order to restore your health, you will have to pick up Nuka-Cola power-ups. Simply walk over them!

The sound and audio is spot on, and even has the corny voice acting and writing that we’ve come to love back in the old days. There’s the occasional glitch where you will hear your player character speak normally, but this is something I can live with. 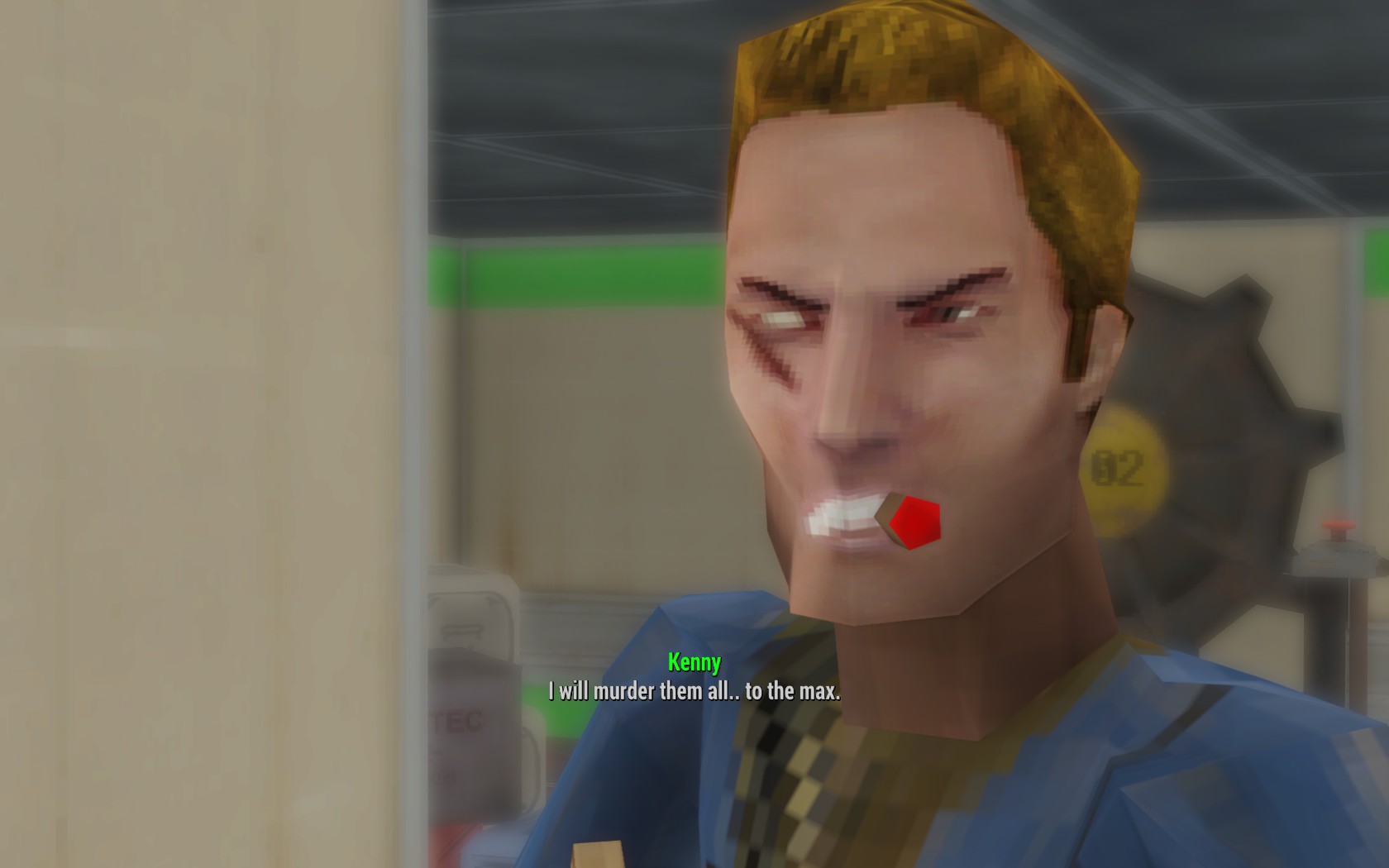 Short, but oh so Sweet!

Revolted is a fun little game that can take about 30 minutes of your time, if you play it nonstop. As with any mods, I always suggest making a save before you install the mod. Once you start playing the minigame, there’s no way to exit it until you fully beat it.

Sadly, there are no endgame rewards to be had once you finish the mod, but honestly, the sweet taste of 90’s nostalgia was that was necessary for me to enjoy this mod.

Unless the mod author plans to add more content in a later update, there’s no need to keep the mod in your load order once you beat the minigame. But despite the short mod, it is still a blast to play through. The author has done a lot of work to make the experience as authentic as possible. Big thumbs up from me!

This mod is currently exclusive to Nexusmods. You will need the PC version of Fallout 4 in order to use this mod.

It’s mods like this that make me love the modding community even more. I remember one time when there was a Super Mario Bros. mod made for Skyrim. For years, the Bethesda modding community has continued to grow and innovate, and this mod is one of the most original mods I’ve found on Fallout 4 so far.

Hopefully we can expect to see more things like this in the future.