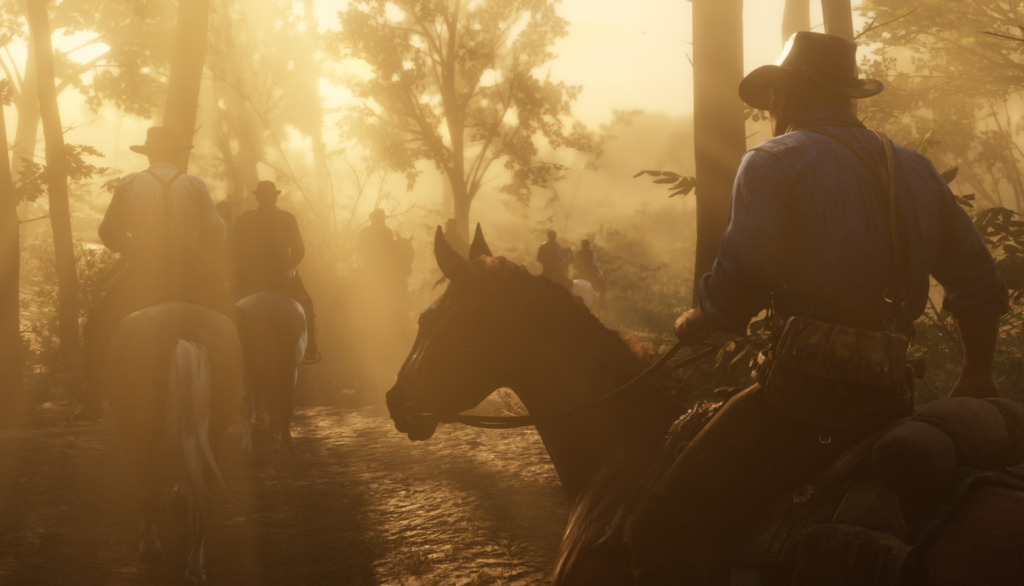 TLDR; I think it’s time for a hefty upgrade if you don’t have 150 GB of free space.

In one of my previous posts, I had brought up the fact that Rockstar Games has confirmed that Red Dead Redemption 2 is coming to the PC on November 5. This is awesome news … but then I remembered something. Something I didn’t quite have to consider for the last few years… Let’s be honest, you already know what I’m going to talk about if you saw the title above.

Below, I’m going to shed some light on the Red Dead Redemption 2 PC Requirements, and see if we may need to upgrade your rig. Below are the minimum and recommended specs, as posted by Rockstar themselves:

Rockstar has also released info on some of the PC-specific perks of Red Dead Redemption 2, such as increased draw distances, more realistic lighting and effects, and overall more improved reflections and shadows. The PC version of the game will support HDR and high resolutions of 4K and beyond, and will even support multi-monitor/widescreen modes for those who have big fancy gaming monitors. So it makes sense to have a beefy rig to be able to enjoy all of the above features.

I’m going to use my own PC specs to see how things compare:

I’ve had my PC since 2011. Back then, when I had a pretty penny to spare, (and when Future Shop still existed!), I decided to buy a pre-built gaming computer. To be honest, I bought it for the sole purpose of being able to play Skyrim on the highest settings possible. It was perhaps a naive reason for buying a rig, when I could have just built one myself, but at the time, I didn’t have much free time outside of university courses and working full time to pay for tuition. Luckily, I did have enough cash to get a new PC.

For the Operating System, I think I’m safe here. I’ve always enjoyed using Windows 7 over the newer Windows 10 version. I’m a little reluctant on upgrading this primarily because I’ve optimized my PC to be able to play a lot of older games. I guess I’m just stubborn like that.

For my CPU, I think I may be safe here too. That being said, my CPU is one of the older generations of the i7, so it may be possible to get something newer if it means the game will run a lot better.

When I first got my rig, it had 16GB worth of RAM already installed, so I think I will be okay. Mind you, they are older RAM cards, so I may want to consider installing more…

I had gotten a newer graphics card since getting my PC back in 2011, but that has really been the older major upgrade. It looks like my graphics card may be able to barely run the game. I think I may need to get a new graphics card.

I think the storage space required is where things may start to bite me in the butt. Sure, I have a 2 TB hard drive, but this is already filled to the brim with 8 years’ worth of games, files, backups from my older PC, and who knows how many other things I’ve saved over the years. I think I’m going to either get a new hard drive, or do a lot of cleaning up.

Considering how old my PC is, I think I may want to consider upgrading a few parts. Considering how quickly technology these days can become obsolete, it feels like my PC may still be able to run Red Dead Redemption 2, but certainly not at max graphic settings.

I have to be honest, part of me is also thinking of starting anew and building a PC from scratch. If I do, I think it would be a fun hobby to try. Perhaps I might see about documenting the process as I go? I may consider installing and testing the game out on both rigs to see how they perform.

There’s also the option of Google Stadia, too. A cloud-based gaming platform with the power to play AAA games on any device that can connect to the internet? It sounds very promising.

Looks like I’ve got a few choices to make.