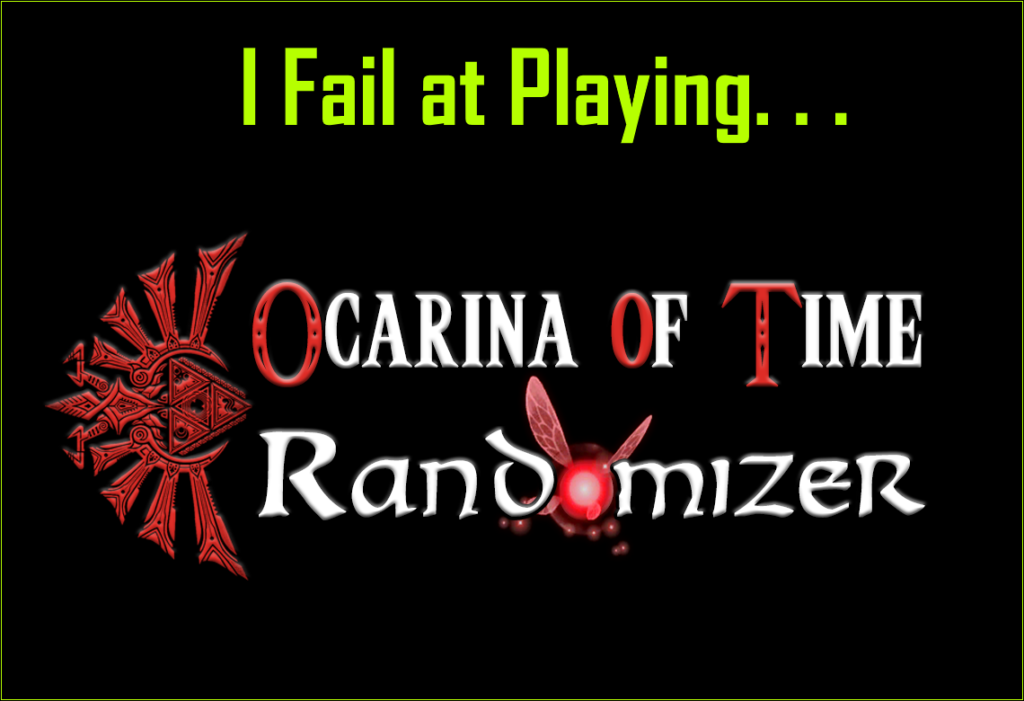 One of the problems with playing Ocarina of Time so many times in the past is that you know the game inside and out. You know the story, so there’s not much sense in playing for that, is it? As for the dungeons, you have been in them so much that the bosses are no longer scary. And it feels stupid to open the chests containing the Compass and Dungeon Map, when you already know the game inside and out, right?

How do you bring freshness back to an old game?

It was then that I discovered the Ocarina of Time Randomizer. Some guys at work talked about this being a thing now for a lot of older games. From what I found out, it modifies the original game with some random changes to the game.

The idea of playing what sounds like Zelda meets Diablo, really seemed like a good idea at the time. Little did I know that it was going to result in me going back to aimless wandering like I did in the old days.

When I decided to try out OOTR, I went with the default setup they had, with a few changes to the interface to make the buttons a different color. To be honest, I tried to skim over all of the options, so that I could go into this blind, not knowing anything about what it did, or how much of this game will be changed.

When I created a new save, I noticed that the main menu now shows you all of the items you start with… and I started the game with the Fire Medallion… what? In the original game, you started with 3 hearts, and nothing else.

I started my quest in the Kokiri Forest. The first thing I noticed in the game is that the cutscenes were almost completely gone when I started up a new game.

When talking to people, the text immediately displays, instead of showing each letter or word at a time. It made many conversations with NPC a lot quicker. These were pretty convenient, considering how much I’ve played this game back in the day.

Since we start our game in the forest, we have to go to the Deku Tree and complete the dungeon, right? Even Navi was on board with this, because on her first “Hey! Listen!” moment, she says, “come on, be brave! Let’s go into the Deku Tree!” As usual, Mido blocks the way, saying I need a sword and shield.

Easy, I’ll go to the usual places you go to get your first pieces of gear. So far, nothing has changed in terms of items. Running through grass gives me rupees, uncovering rocks gives me more rupees, and soon enough, I would buy the Deku Shield I saw in the store. The shop’s inventory is the same as before.

Next is the Kokiri Sword. I got to the southern part of the forest, went through the hole, and made my way through the simple maze before I found that chest.

I open it to find… the Fairy Slingshot.

That “I didn’t know what I expected” meme comes to mind as I stare at my new treasure in confused awe. I should have known that things were going to be weird when I started the game with the Fire Medallion, before ever even setting foot in the Fire Temple. I feel like the plot of a randomized game is going to make no sense at all.

I suppose it could have been worse. I started thinking of those small chests, hidden away in the game. There could be anything in those chests, like a bottle or a Deku stick. Maybe plot-essential items?

And like an idiot, I completely forgot about the other chests I could open in the Kokiri Forest.

The very first chest I opened in Mido’s House gave me a Heart Container. The next two chests had some rupees, and the last one gave me a set of Bombchu as well.

I started trying to remember where else I could go… sure, I’ve got a slingshot, but I still don’t have the Kokiri Sword. Mido doesn’t let you through unless you have both, so I was stuck in a rut.

After some time spent wandering (yet again), the thought hit me: I could use the Bombchu to blow up those rocks that block the way between Goron City and the Lost Woods. And sure enough, I was able to break through, thus solving my childhood thought of what would happen if I went there before completing the first dungeon. On a side note, I can use bombchu without a bomb bag. Weird…

Unfortunately, I learned that I couldn’t do much else there. And so, I decided to leave the city and try to explore the rest of Hyrule. I was able to head down to Kakariko Village. I was able to fetch up the cuccos for that side quest, but instead of getting an empty bottle, I got the Boomerang. It was at that point that I learned that it can cut grass. Thankfully, I now have a way to get rupees by cutting grass.

After playing the game for a few hours, I ended up with a few takaways:

I have no idea on where to start the next time I play: Do I start a new game, and see if things will be different? Or should I continue to go down this rabbit hole of randomness, wandering aimlessly?

I really wished that I had recorded my first few hours of playing the randomizer.

Have fun, as always.